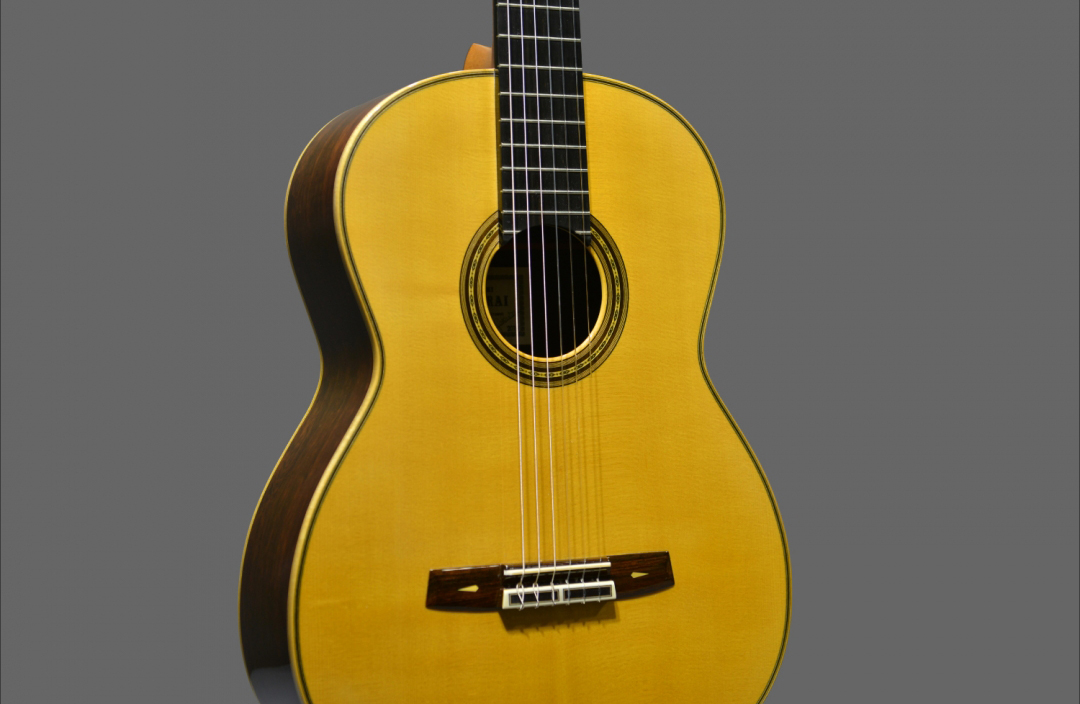 Guitar defines the highest quality of sound to all classical guitarists. Well-known and accepted by worldwide classical guitarists, the superior quality woods with beautiful grains offer a responsive touching, well balanced sound, and rich in volume to all of KOHNO Guitars that are ideals for concert performances.

Masaru Kohno Not only the most important luthier to emerge from Japan, Kohno is also one of the best worldwide. He was born in 1926 in Mito City, Japan,and in 1948 he graduated from the Tokyo College of Arts and Crafts with a degree in woodcraft. It was during this time that he became interested in guitar construction, and in 1960 he traveled to Spain to learn the craft. Kohno apprenticed for six months at the workshop of Arcángel Fernández, and although neither could speak a word of the other’s language, they managed to communicate. Kohno’s apprenticeship consisted mostly of sitting in the back of the shop and quietly – but attentively – observing the master Fernández at work. Kohno’s quiet learning paid off. Upon his return to Tokyo he established his own workshop and quickly gained recognition among Japanese guitarists. His international debut came in 1967, when he was awarded the Gold Medal at the Elizabeth’s Concourse International Guitar Building Competition in Belgium. On the judge’s panel were, among others, Ignacio Fleta, Robert Bouchet, Joaquín Rodrigo, and Alirio Díaz. Since then, many players of world renown have used Kohno guitars; among them are Julian Bream, Oscar Gighlia, and Sharon Isbin, to name a few.


MASAKI SAKURAI Mr. Kohno passed away in 1998, and the workshop was taken over by his nephew, Masaki Sakurai. Among many other accomplishments, in 1988 Mr. Sakurai won awarded a First Prize at the IVth International Guitar-Making Competition in Paris, France. The guitars built since he took over have maintained the high levels of quality, precision craftsmanship, meticulous attention to detail and beauty of tone that have made Kohno guitars world renowned.

" Please note that there are 6 days of public holiday on Songkran and New Years holiday" Out-of-hour-appointment can also be booked via mobile : +6681-750-2026 or email us info@peterson.co.th